When you go vegan, you have to miss out on all the delicious desserts of the world, right? Well, no. Especially not in South East Asia. These Authentic Asian Desserts from Thailand, Indonesia and the Philippines prepared with coconut milk will prove our point.

When it comes to authentic vegan desserts, Asia is king. It is probably because they were never that dairy-minded to begin with. Every single vegan dessert with coconut milk on this list is traditional as well as easy to make without any form of special kitchen equipment.

Thai Khanom Gluay is an authentic vegan dessert with coconut milk from Thailand, that is somewhat like a cake. Only the ingredients are steamed. It is traditionally vegan, made with bananas as prime ingredient and fresh grated coconut on top. No special equipment needed. A normal cooking pan and a colander will suffice.

Out on the streets in Thailand, you will find Khanom Gluay wrapped in banana leaves. The Thai use the leaves to steam their banana cakes, but you could just as easily use some sort of cup cake molds. Just avoid the paper ones – they will not survive the steaming.

Kaow Neow Mamuang is the Thai name for Mango with Coconut Sticky Rice. It is an authentic vegan dessert with coconut milk, that is very commonly found in restaurants and streed food markets across Thailand.

A traditional vegan dessert with coconut milk and sticky rice

Sticky rice is actually not normal rice prepared differently, but a completely different type of rice. In the stores you will probably find it labeled as ‘glutinous rice’, ‘sweet rice’ or ‘dessert rice’. It is an extra starchy type of rice, extra rich in nutrients. You can see this as the uncooked grain of sticky rice is less see-through than a regular rice grain.

Bubur Kacang Hijau is an authentic Indonesian porridge, traditionally eaten as breakfast or dessert. This vegan dessert very nutricious and is packed with plant protein.

The main ingredients of Bubur Kacang Hijau, are boiled green mung beans, coconut milk and palm sugar. Pandan Leaves and Ginger give the vegan porridge its typical taste. The Indonesians eat their Mung Bean Porridge for breakfast, dessert or even as a snack or late night supper.

Ginataang Mais is a vegan porridge or snack that originates from the Philippines. The Ginataang Mais recipe is 100% plant-based in its traditional form, making it a perfect fit for our mission to collect the authentic vegan dishes from all countries in the world.

The best rice for dessert recipes

So, that’s it for now! Do you have a traditional vegan dessert with coconut milk that is not on the list yet? From what country? We would like to hear from you, so go ahead and leave a comment :). 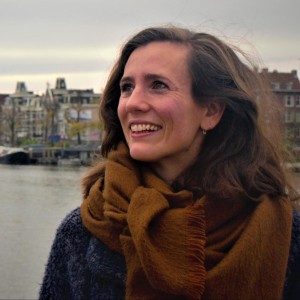 Jolanda switched to plant-based food in 2016, when all of a sudden eating in a way that reduces complete species to products did not make sense anymore. After rehabbing from a serious egg-and-cheese-addiction, she started to really appreciate the subtle tastes and textures of all different kinds of vegetables and legumes. Nuts about nuts. Cooking motto: "There is no such thing as too much red chilies."